The girl and the gelato

During my travels in South-Italy I had some marvellous and also shocking experiences.  After seeing Naples and a part of the Almalfi coast (Sorrento) with my friend it was time to see some of the country side, Lazio/ Abruzzo. I had to go from Pompei to Naples again and there take a bus to Sora, a small town in the countryside. There was only one bus a day, at 17.00 and I arrived early in Naples so I had to wait. I decided to strawl around with my backpack to see some highlights of the city again and take many coffee and tea breaks. 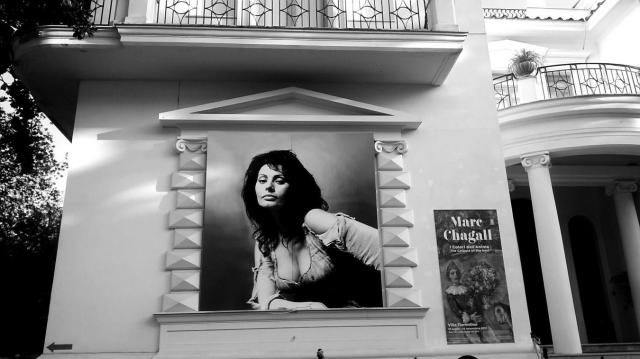 Naples
The first day in Naples was a shock to me. So much dirt and trash everywhere! And on my first walks I came out on a busy shopping street, Toledo. Not the best to start a trip when you have just arrived. But anyway, the next day it was so much better and I could see and appreciate the beauty of this mixing pot. Naples is bombastic phantastic, I decided. There also seem to be so many refugees and colored people. Selling, hanging around. I was making my mind up about this: Was there a refugee problem? Or has it always been like that? Later it came to me that the city has been a melting pot of people and various cultures for centuries. (Arabs, Spanish, Africans etc..). But that doesn’t mean there can be a refugee problem at the moment and the government has no control anymore.

The girl and the gelato
Anyway, I was in Naples again. I was pretty tired of walking and the warmth and couldn’t decide what to bring on the bus to eat. It was about a two hours drive and I looked at big breads, pizza’s, foccaccia’s and more for on the go. In my stress to make a choice I chose for some fruit and a gelato, and I had more snacks. I am not a big gelato fan, but anyway. With my stuff and hands full of leaking gelato, I walked to the departure section at the bus station, at least half an hour early.
There she was. A young African woman with long dreadlocks. And her child, about two years old. A beautiful little girl… I sat there and the woman was standing, her child was nagging, crying a bit. I looked at the woman and instantly I knew and felt the shock. She was totally numb. Drugged up, high as the sky. She could hardly talk, she was very slow in her movements. Her eyes seem to close at any moment; there was no (real) life. The child reached out to me as if it was hungry. I asked the mum if it was alright to give her something. She slowly and blurred said yes. Before I knew I was feeding the girl the remainings of my icecream, lemon. She loved it.. Too bad it was almost finished, but she wanted the paper container in were it was and she ate more and played with it. Mom was in her own world. She could hardly open her bag and her telephone was full of cracks. I felt so horrible seeing this scenery; the little girl asking for attention and the young woman so out of control, so disconnected. She tried to punish the girl when she was doing something to get attention and I gave the girl my apple. She also loved it.
Some minutes later a well dressed Italian woman came to sit next to me, in between the standing mother and child and me. She mentioned the beautiful little girl, ‘bella’, but didn’t seem to feel anything about this situation. Was she used to this? Or didn’t she want to feel or see it? I sat there and looked away for a moment, to release a few teardrops, hoping no one could see it. The mother was not begging, but she quickly looked at me, with no real thoughts probably, but it was so heartwrecking, so powerful and yet so weak. She wasn’t able to say thank you, not that I would want to hear that.
My bus came, I had to ask, if I hadn’t I probably had missed my bus. Still confused I drove off. Couldn’t see the woman and child anymore.

Reality
Never will I forget this scenery. What will happen to this child? Where did the mother decide to become like this? What will become of them?
I have been thinking about this quite a while. I was happy to give something. And somehow thankful for the insights, despite the shock and grief it caused. I am not judging about the drugs itself, since I am not holy, loving wine and a cigar now and then. But this made me very scary and worried. Somewhat later, it reminded me of my luck and how good my life is. Still I struggle every day. But why are so many people living in such bad circumstances and why is there so much suffering? This is reality. What can I do about it?

Privilege & being biased
Am I privileged as a white human being? Is that true? I don’t know. Yes, in some way I may be, if you look at the facts, but I don’t feel it like that, am not daily aware of it, íf it’s true. Maybe I am not aware enough because the privilege seems to be common sense. I don’t know exactly what it is, but what I do know is that I have always had a fascination for darker people and other cultures. I once studied Islamic Architecture and Islamic history, islam in diaspora and that was because I wanted to know, understand. This studies made me more realistic, brought me more in the now, what also made the ‘Arabic 1001 night rosy glow’ on the Middle East disappear. Yes, there were beautiful blooming and highly developed societies in the past, but now the whole area is unfortunately declining fast.
Let’s get back to the question about privilege. I do I think I suffer (unconsiously) from a sort of collective feeling of guilt as a white person. Because we as whites should and cannot not be proud of the past and this era now. (We have done and build up great things, but we did it at the expense of and by suppression of innocent human lives). How the differences still are so clearly pointed out nowadays, subtle and not subtle, points out that this behaviour or way of thinking is still not over. Prejudice seems to be something common and more or the less accepted (even fed) by our governments and world leaders to keep us small, afraid and seperate. That’s insane.
But is this privilege not just something that is being idealised and should we be really happy about that? If you watch the documentary ‘The Swedish theory of love’, you will learn that people in Western European countries (white Northern European societies) are nowadays so independent that they loose the ability to be social or to share. And that makes a lot of people very unhappy, even depressed. People die in their houses alone and are being found weeks later. The documentary shows also a Swedish doctor working in another society, in Africa, where people are never alone and always take care of eachother. This so called privilege draws a lot of people from outside the white world to Europe where they expect utopia. They often end up alone or with some people within their group with no job or perspective. But maybe it is utopia after all, better than they ever had. Of course, for war victims it’s a different story, they will find safety, but I can imagine how hard it must be to live in our European culture and way of live. I’m wandering again…
I always believed that I was quite unique in not having any prejudice against other cultures, races. I even tend to adore the darker skin since I was a young child! But after some inner research and experience I had lately, I came to the conclusion I am judgemental! I was fed with some strange judgements about black and asian people somehow in my childhood. Maybe at school, at home, or fed by society. That was quite an insight. Now I try to overcome it. Who knows, I would love to have a mixed or interracial relationship one day, but I guess I need to clear myself more and need to be freed from my past.
By the way, isn’t it so that by the adoration of colors of skin, races and certain groups we are clinging to a form of discrimination, judgemental behaviour and separation as well? I seem to rank them seperately, in thoughts of beautiful, stronger, warmer, and in realising that, I found a form of prejudice itself! And on the other hand I maybe feel sorry for their suffering sometimes. Is my feeling of guilt (or this collective feeling) the reason of my preference? Or is it something else?
There is so much sensibility around this matter, (maybe?) especially in Holland, since we had our colonies, slavery history and colored citizens nowadays. We all call out not to be biased but in fact we are, we are ‘over careful’ to express ourselves about it in daily live. And that needs to change.

Healing
I try not to be too critical towards myself, as I have this tendency in many aspects of live already, but I try to see myself as a child of this (conditioned) time. And it’s up to me to become more consious and open about it, to change this and to see truely everyone as equal. I wish we all create a more peaceful vision and the ability to see any person as an individual, not thinking in terms of groups, races or religions. Let’s heal all collective thoughts and feelings of hurt and pains from the past between people in the world. It has nothing to do with us at this moment, these pains and feelings are just standing in our way when it comes to truely being together or even in life itself. I am willing to stand up for this and find out more.

If you have suggestions or comments concerning this subject or writing, please let me know.
September 2017